Phu Quoc prison is a historical site on Phu Quoc island and a bleak reminder of Vietnam’s turbulent past where thousands of people were imprisoned and tortured during the Vietnam war. This prison and war museum now is a place displaying the authentic torture instruments, photographs of former detainees and exhibits of brutal punishments.

Phu Quoc prison is a place jailing political criminals and communists during the French colony and the Vietnam war. It is located in An Thoi town in the south of Phu Quoc island. In the period of the Vietnam war, this prison was known as the Coconut Tree prison.

Along with Con Dao prison, Phu Quoc prison is one of two terrible hell-on-earth places where over 40,000 prisoners were confined during the period of the Republic of Vietnam, whereas most of them are political prisoners. During the periods of the French colony and the Vietnam war, thousands of prisoners were jailed and tortured to death by many non-humanity methods.

Nowadays, this is considered a historical museum to remind the young generations about the guilties of the South Vietnam government and their allies as well as teach them the contributions and sacrifice of Vietnamese people against the invaders who aim to separate the solidarity of Vietnamese people.

The history of Phu Quoc prison

Phu Quoc prison was built in the French colonial period with the early name as the Coconut Tree prison because the prison was set up on the land of Coconut Tree village. In the period of the Republic of Vietnam, this prison had been changed the name as Phu Quoc Prisoners of War Camp or Phu Quoc Communist Prisoners Camp and expanded to become the largest prison in the south of Vietnam.

Within over 20 years under the rule of the Republic of Vietnam, this government turned Phu Quoc prison into one of the most horrible hell-on-earth sites of the world, the political prisoners here were behaved badly and tortured by many incredible scary methods. After the union of two parts of Vietnam in 1975, the prisoners here were released and then they found many mass graves of prisoners around the area of Phu Quoc prison. 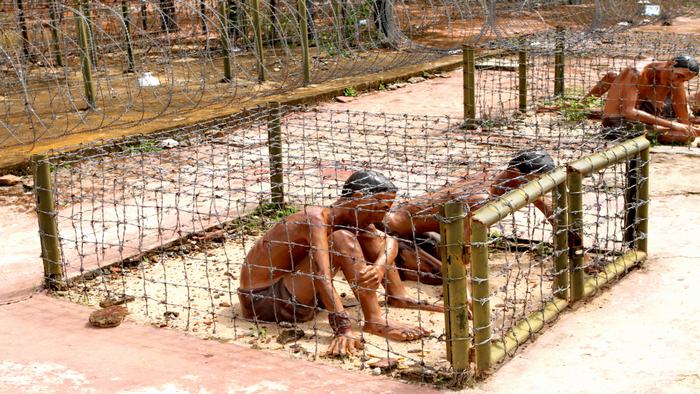 Nowadays, Phu Quoc prison becomes a historical site which is deemed as a museum with a two-story house of artifacts and an outdoor exhibition area of original artifacts. In 1995, Phu Quoc prison was recognized as a national historic site and started to open for tourists.

The harsh crimes of aggression colonialism

In the past, Phu Quoc prison had 12 areas numbered from 1 to 12 guarded by 3 military police battalions. Then, the areas of 13 and 14 were additionally built at the end of 1972 to keep the huge numbers of prisoners. Each area contained around 3000 prisoners and whereas each area was divided into many subdivisions called tiger cage or “chuong cop,” each one contained 950 prisoners.

To prevent the criminals from escape, the prison set up plenty of barbed wire fences from 10 to 15 layers with a dense lighting system. Besides that, a peak-up to 4 guard battalions equipped with weapons patrolled day and night, a navy group was arranged to patrol at the gate of the sea.

At that time, thousands of prisoners died or forced to die in prison because they could not stand the tortures and harsh living conditions but with the courage and iron spirit, they still kept their chin up to calmly deal with the pains of body and soul to keep the faithful omit with the love of the country.

Today, Phu Quoc prison becomes a historical monument. Although the area of the prison is not as wide as before, it is located in the main area of the former prison which is a place saving the original artifacts and almost in the former position. 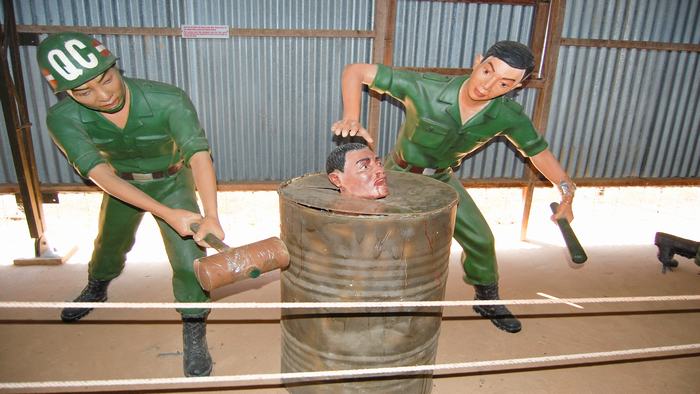 The last year, Kien Giang province has restored some construction items including 5 prefabricated houses with jails, cafeteria, kitchen and two keeping houses for supervisors, the escape tunnel, a section of barbed wire fence, watch over, tiger cage,  the monument in the cemetery of prisoners and a gallery of added monuments, etc because of the destruction of time and weather conditions.

Every year, Phu Quoc prison welcomes thousands of tourists to visit and many of them are the former prisoners as well as the former American soldiers and allies. Coming to Phu Quoc prison, you will have the chances to listen to many touching stories about the unbroken spirit and solidarity of people who were peacefully returned as well as laid down in the ground of Phu Quoc.