Phu Quoc island is one of the famous and important destinations in Vietnam. The place welcomes thousands of tourists visiting each day, so Phu Quoc International Airport is the gateway to Phu Quoc island, Kien Giang province which has a great role in developing Phu Quoc into a tourist center, a high-quality service, a trade center in the region. Phu Quoc international airport is invested by the standards of the World Civil Aviation Organization (ICAO), ICAO guarantees the reception of wide-range long-range aircraft. 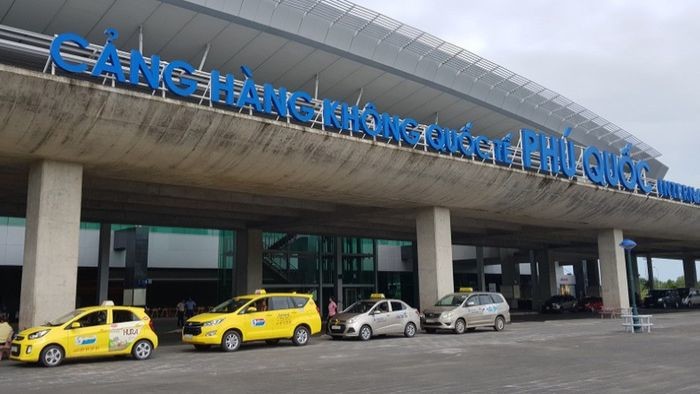 Phu Quoc - Vietnam's largest island, along with 22 small islands around it form the island district of Phu Quoc, Kien Giang province. With a total area about 593 km2, Phu Quoc is located in the Gulf of Thailand which is 120 km from Rach Gia city, and 45 km from Ha Tien town. Phu Quoc is the island district with the largest area and population of 12 island districts of our country with the area equivalent to Singapore, so the potential and development advantages of the island are very diverse.

What is Phu Quoc International Airport?

Phu Quoc International Airport (also known as Phu Quoc Airport) is the commercial gateway of the island of Phu Quoc, Kien Giang province, which plays an important role in developing Phu Quoc into a tourist center.

Phu Quoc International Airport is located in the south of Phu Quoc Island, about 10km from the center of Duong Dong town to the north. Phu Quoc Airport lies in Duong To commune on Phu Quoc Island. It is bordered on the north by Suoi May hamlet, in the south by Duong To hamlet, on the east by Ham Ninh commune, on the west by the coast (about 900m away). 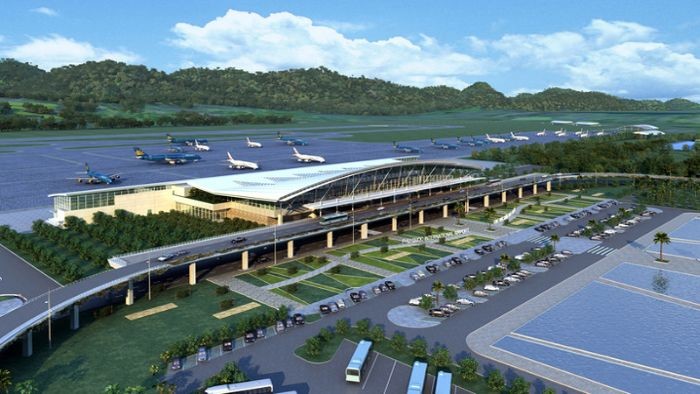 The passenger terminal is designed with a high-end terminal with separate alleyways. The operation of the terminal connects the traffic from the public area in front of the station and the corridor to the flight lounges to create a high-capacity one-way passenger flow.

The two functional areas of the terminal are separated and located on both sides of the terminal premises. The international terminal is located in the eastern side and the remaining western side houses a domestic terminal. The areas of passenger service function are rationally arranged to ensure the requirements of security and safety.

The former Phu Quoc Airport was built during the French colonial period, mainly transporting DC3 aircraft with a capacity of 32 seats, then the airport continuously was used during the period of the Vietnam War.

The airport had undergone an upgrade in 1983 from 996 meters to 1496 meters, which could accommodate larger aircraft. Terminal and some service facilities were built in 1994-1995.

Phu Quoc International Airport is currently the first international airport in Vietnam to be invested with 100% of non-government capital (formerly the Southern Airports Corporation, now the Airport Corporation Vietnam. The modern airport was inaugurated and put into operation on December 15, 2012, with modern infrastructure, advanced aviation technology ensuring the reception of modern aircraft such as Boeing 777, Boeing 747 - 400, etc.

Since putting into operation, Phu Quoc International Airport always maintains a high and stable development speed. In 2014, Phu Quoc International Airport achieved the output of more than 1 million passengers, making an important contribution to the economic, social and investment development of Phu Quoc island district and protecting the regional maritime sovereignty in the south of Vietnam.

With passenger terminal by 2020, it will reach 2.65 million visitors / 1 year. Peak hour capacity reaches 1,350 passengers/hour. The airport is invested in advanced equipment worthy of the modern stations in the world. After 4 years of starting construction of Phu Quoc international airport, the first phase has been completed and put into operation on December 2, 2012.

On average, there are more than 20 turns of taking and landing on a day with more than 1200 visitors going to and from Phu Quoc. And now Vietjet Airlines and Vietnam National Airlines have opened Ho Chi Minh City flights to Phu Quoc and Phu Quoc Hanoi by large aircraft such as A320 and B777.

Therefore, hope that Phu Quoc international airport will make tourists satisfied when visiting Phu Quoc island. If you have any question about traveling to Phu Quoc, don’t hesitate to contact us via the website of Phu Quoc Island Explorer. Thank you!